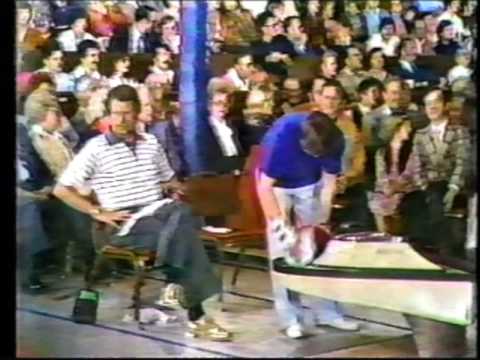 Semi-final match from the 1979 Showboat Invitational. Earl Anthony, having defeated Mark Roth in Match 2 of the stepladder finals, meets Emmett Shutes, making his first appearance on the TV finals. Shutes, a protégé of legendary bowling instructor Bill Taylor, buries Anthony under an avalanche of strikes, most coming in what can only be described as unconventional fashion, prompting Bo Burton to utter the funniest line of his broadcasting career when he dubbed Shutes' lucky string as "a repertoire of strikes." Shutes would go on to defeat tournament leader Paul Moser for his first (and I believe his only) PBA title in what would prove to be an otherwise unheralded career (although he was later inducted into the Pennsylvania State Bowling Association Hall of Fame, so I guess it wasn't all that unheralded). Chris Schenkel on play-by-play. Nelson Burton, Jr. on color. Showboat Lanes, Las Vegas, NV. Jan. 13, 1979. 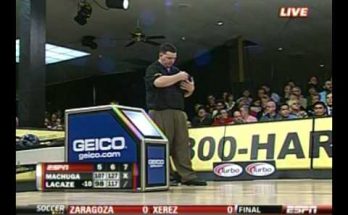 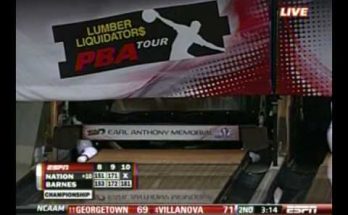